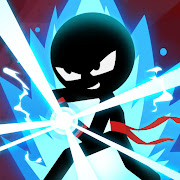 Mr.KungFu is a fighting game with adventures!

During the battle process, players can develop a variety of gorgeous combos through different attack rhythms and skill release sequences, show off your most flexible and strongest state in the arena, make the opponent cannot fight back at all!

[Online battle, dominate the Ranking]
The game has two realtime battle modes. Whether you wanna compete with your friends or match up with a random player to strengthen yourself. Just click the start at once and enjoy the 1minute quick fight.

[Adventure dungeon, challenge to breakthrough]
With rich storyline modes inside, you can challenge the guardian BOSS of each map, try to defeat the powerful opponents, and become the strongest in the universe!

[Massive heroes, exclusive transforms]
There are massive heroes available for players to choose from in the game, and each hero has its own unique transformation skills. Not only your attributes will be greatly improved, but also you can use the strongest signature skill of each heroeswith unreasonable damage caused

[Rich rewards. Bonus scenes ]
There we setting different bonus scenes hidden in the game levels, which including rich rewards. With the free 50 lucky draws given at the game start, Slevel characters are easily yours

[Dynamic challenge, realtime battle]
When both parties use the strongest signature skill, the two players are in the "confrontation period" must need to keep clicking the screen also as fast as you can, try to push the skill to hit the challengers to cause the explosion damages, and also to win the game.